using regex in deck building was the best thing ever, too bad you removed this feature.

More than 90% of the users don’t know what regex is or how to use it. Using the wildcards, you can achieve almost the same results. We have enough filters for you to search what you want.

Ok, we’ll add regex back. Use $ to start your search if you want to use regex.

It auto updates but you need to be using the latest updater which is on the github.

This happening when trying to update. 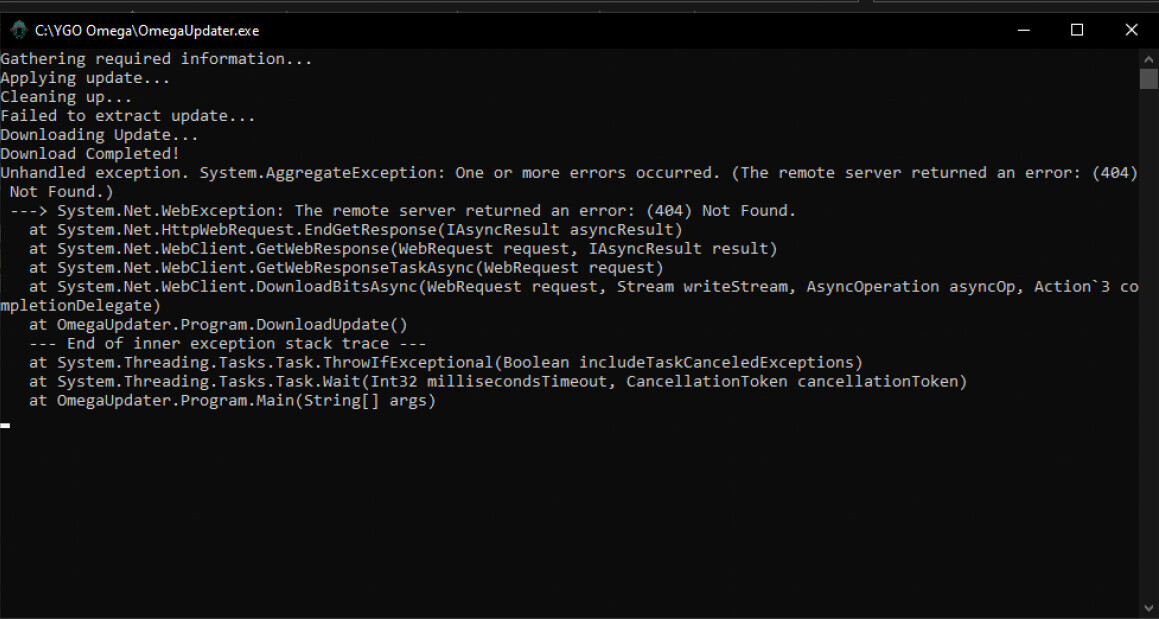 Yes that happens if you aren’t using the latest updater. Remember the latest updater is always found in the same place. https://github.com/duelists-unite/omega-releases/releases/download/Latest/Omega_Launcher-Windows.zip

Windows 7 is no longer supported by Microsoft. You don’t get the latest updates. Upgrade to Windows 10 to ensure you get the latest stuff. Upgrading to 10 is free. The alternative solution is to download the codecs you are missing in Windows 7: Download K-Lite Codec Pack Full

Where is the button to reposition the card display, chat box and LP bars? I can’t find it in Settings. This black screen issue is for windows 7 users because they are lacking the video codecs to play video backgrounds. Microsoft doesn’t support windows 7 anymore so you never will get updates. So you can either manually find the updates you are missing (good luck) or you can try downloading the K-Lite codec pack: Download K-Lite Codec Pack Full

What I recommend is upgrading to Windows 10 which is free.

Am I blind? I can’t see that option. In the main menu or during a duel. 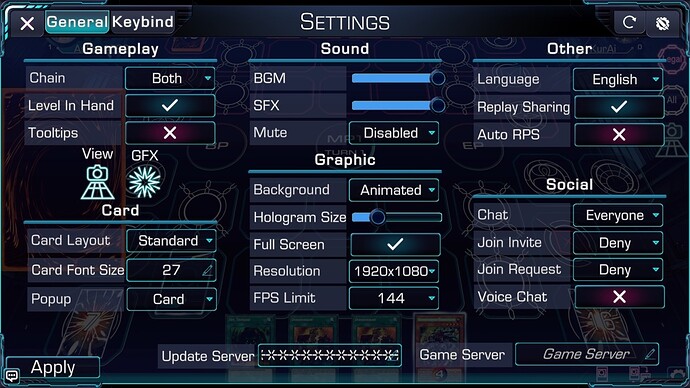 It seems the lead developer removed this button because it was creating a visual bug and repositioning the LP bars at the wrong time. Hence, it is basically up to the player to move the LP bar, chat box, and display pic the way they want to and the game will save the positions.