Knight of Legend Skill of Yu gi (Speed duel) works for Piercing damage, drawing, discard and summoning without tribute. BUT it allows us to activate set Spell/trap and we should not be able. (Book of moon was activate face down from the field while Gaia was on field.)

For Ectoplasmic, counter is okay but now there is no doubled damage against zombie monster anymore.

Skill Speed duel (Ectoplasmic Fortification) of Bonz does not allow us to put some token on it to increase zombie atk. (But the effect of double damage against zombie still working). 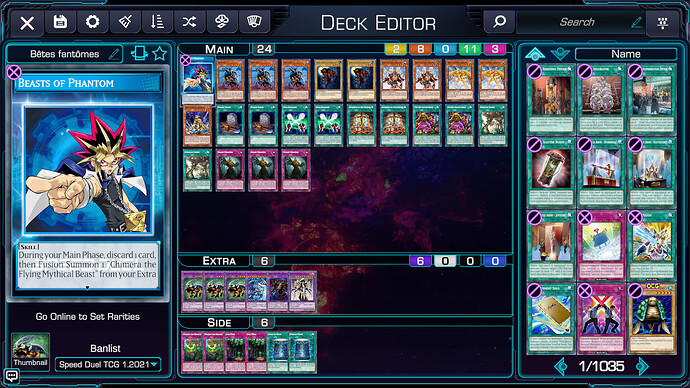 This should have been fixed. If it’s still a problem, then you can reply.