I noticed the goat format April 2005 Goat Forbidden & Limited List is incorrect. It has Sangan and Sinister Serpent as forbidden cards. Both of these cards are only limited in April 2005. Please correct the list. See the attached hyperlink for a great representation of the April 2005 banlist.

Thank you! Also, would love to see ranked Goat format!

I fixed this already. This happens because we banned the original version of the card, that leads to banning all of its aliases. I separated the cards now so that they will be limited. As for ranked goat, instead having a ranked ladder, these things are better done as tournaments or events.

The master rule 0 or goat rulings are now in the game, so it is actually possible to play goat accurately.

Oh I see, thank you!

Still, I cannot use sinister serpent. 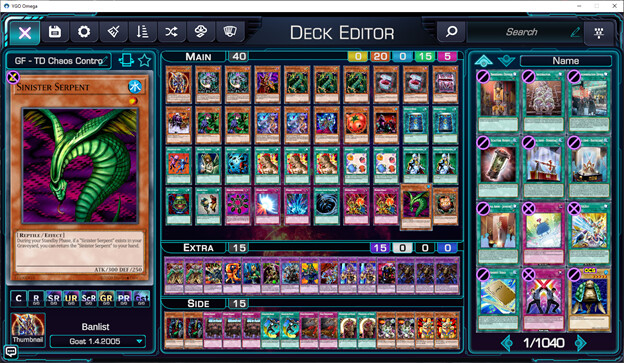 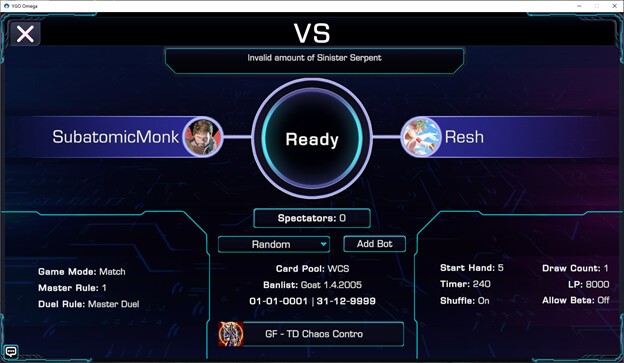 Yea we’re working on it. For now you can just duel without a banlist. You already made your deck which you know is valid.