YGO Omega launcher is a hobby program which is in production for automatically detecting and fixing some issues which can occur when running the omega updater or connecting it to server.
Its in Beta for now and anyone who wants to help in it is welcome.

There is no way to install it directly now. testers please reply to this thread for a beta access to it. 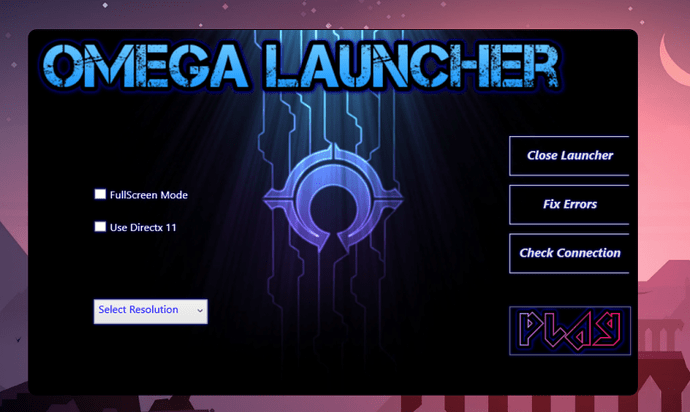 anyone wants to collaborate to this please reply

Perhaps (assuming he gives permission) you could incorporate a link to Whimsical’s Custom Card Creator in the launcher? While not everyone will be into custom cards, having a link to (probably) the best program for making them would be convenient.

YGO Omega’s database structure will be different than YGOPro. In fact, someone else is currently developing a new database editor program that will be analogous to DataEditorX (DEX). You can make custom cards and custom banlists in it. So Whimsical’s Custom card creator would have to be modified for YGO Omega.

Some of the differences in OmegaDB’s structure includes adding a text table for different languages like ja, ko, fr, it, es, de, and cn. You also have the setid field which will allow people to put their own sets for their custom cards like ABCD-EN05. Then you can simply search for ABCD in the deck editor to find all those cards. We also have the date which allows you to put the release date of a card so you can filter by date. Lastly, we have category which is not the same as how ygopro is using it. We are using it to specify things like Skill Cards, Boss Card, Speed Spells, Action Cards, Rush cards, TCG Errata’s, etc. More will be explained later about this in better documentation.

This launcher was made by one of our developers to help solve problems that people commonly have like firewalls, bad anti-viruses, or lack of Microsoft updates which prevent a player from playing the game. Other third party programs like a custom card makers can be released separately just like how they have been for YGOPro.

I can program the launcher to download sleeser’s program if user wants too. and for whimsical’s program, i don’t think people will use it much because of JRE dependency, they will rather use a web based custom card creator ( like the one sock made ) instead of installing a runtime to launch a program.

I’m pretty sure most of that would still be perfectly doable with WC3 as-is, but only Whimsical would know for sure. His program wasn’t made for YGOPro, it was made to be system agnostic. He just made an export template specific for YGOPro, and that can be done for just about anything.

I’ll have a place here on the site for all the best third party programs, official ones we made, and also the ones we sponsor or recommend. This is an open source community, so anyone can share. YGO Omega is not even a year old yet, so it will grow and there will be a lot of programs like this just like there were for YGOPro.

I will say however, that as things evolve, more and more applications are web-based. This is great for compatibility since anyone can use the application. Porting it to javascript hence would be good. There are now new open source custom card makers like this one that will import a database and output card images: https://github.com/LimitlessSocks/TDOANE-CardMaker

Note however, that in YGO Omega, card pics are created automatically from the arts, so you don’t need card image generators. You just need the arts and you put them in a custom folder with the same id as the card.