You accidentally clicked yes to the activation prompt. All these continuous trap cards have worked the same way in all automatic simulators for last 10 years. When the trap is already face-up, has met its activation conditions, and is a quick-effect, you get prompted after every move. Hence, you likely pressed yes.

You can test this again yourself vs the AI and try to reproduce it.

But why was there no cancel prompt for neither selecting a card nor activating its effect? That was my main issue.

Thank you for making a bug report.

I have attempted to create the scenario you have described. When you have a continuous trap of any kind, you have the option to initially flip it face up as an activation. At this point, you must choose to use the effect or not. This means that there is two prompts that appear when you have Obliterate set, the initial asking if you wish to activate anything (img#2), which does have a cancel, and one that asks you if you wish to “Activate this card’s effect now?” (img#1) which will NOT have a cancel as you have explicitly stated your desire to use it if you click yes. Clicking no at this point will pass prority to your opponent and either ask you if you want to activate a card effect at the resolution of “Obliterate!!! is activated”.

In the replay that you showed, the Obliterate was flipped, which means would have had to clicked “Yes” to the prompt requesting if you wanted to activate anything in the end phase, and then resolved with no effect, which means you clicked “no” to using the effect on activation. The effect on a separate chain then activates, which means that on the resolution of Activating Obliterate, you selected “Yes” that you wanted to activate a card effect, and you selected obliterate when there should have been a cancel button visible.

This is also strange as you had Obliterate set with multiple targets available multiple turns prior before this occurred.

Img#1 Showing prompt which will force you to use the effect if selected yes. 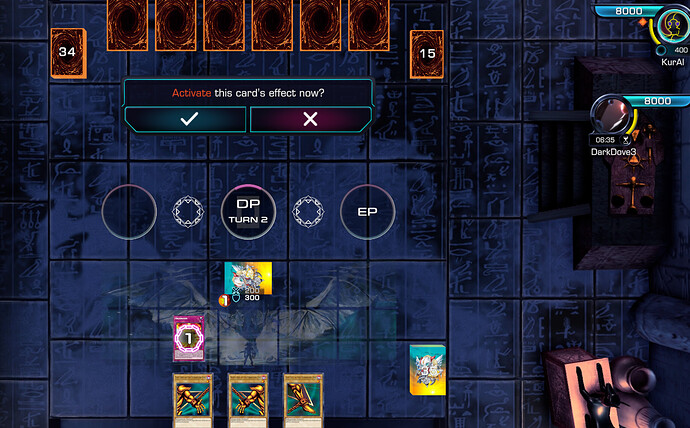 Img#2 Showing Prompt which will have a cancel option or allow you to flip with no effect if you deny the option in image 1. 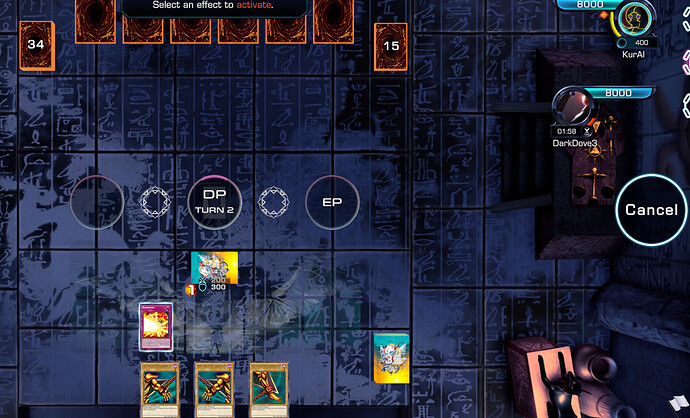 If you can send your screen resolution you have set in the settings menu and send an image your screen should you be able to reproduce this, we will be able to assist you further. 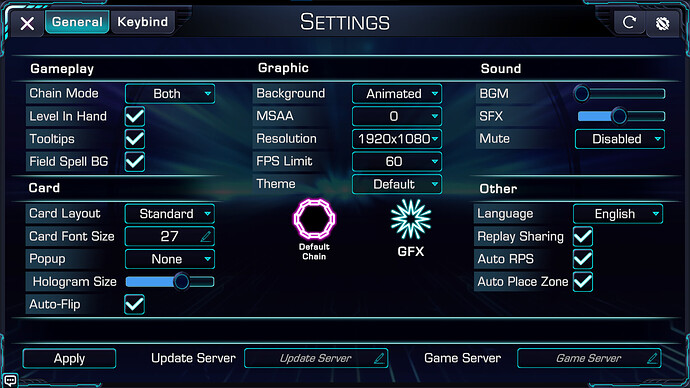 I’ve tried a few games against the AI trying to get Obliterate on the field again and see if it happens, but no luck. I agree that I must have accidentally clicked ‘Yes’ for ‘Do you want to activate a card?’, but the rest I know for sure played out as I described in the original post (I was playing with a friend and I interrupted the game for a minute or so to see if there was any way out - luckily I had an Exodia the Legendary Defender to throw away instead). The card was set, I was to pick a card to activate (with no cancel), then the card activated immediately without asking (i.e. neither of the images in your post happened). I’ll probably be playing the deck again with the same friend soon, so I’ll definitely keep an eye out for it and record my screen for if it happens. Thanks anyway!