The Seal of Orichalcos activation

That’s not a bug, that’s just how TCG orichalcos works because of poor translating and PSCT semantics

The field image not appearing is still a bug and the OCG Seal with the same text can be activated normally and has the field image.

And I really don’t get how " When this card is activated: Destroy all Special Summoned monsters you control." implies you need to have at least one to do so.

Also, from the old Legacy of the Duelist game, I don’t remember it working that way. I guess I’ll have to check.

Confirmed, just fired up Link Evolution and quickly made a test deck: 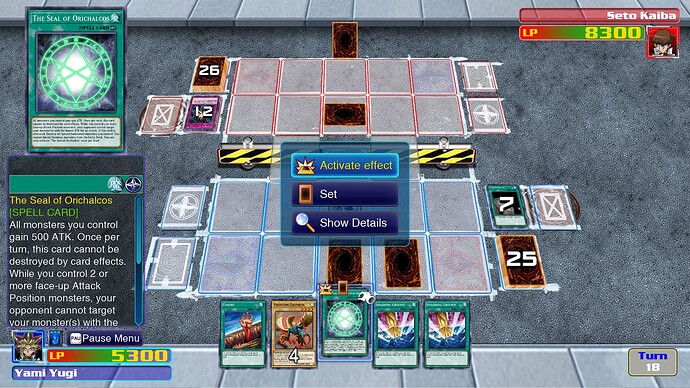 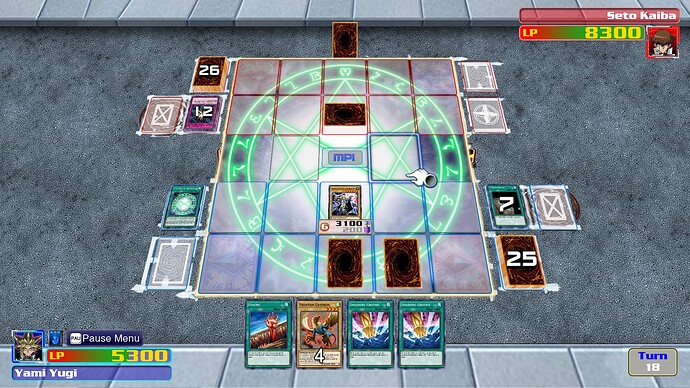 I can find no card errata or rulings made after this game came out to imply any changes to the seal’s functionality.

You do realise that Link evolution uses OCG rulings, therefore using the OCG text that says " If this card is activated: Destroy all Special Summoned monsters you control (if any) ." right?

It does not say (if any) 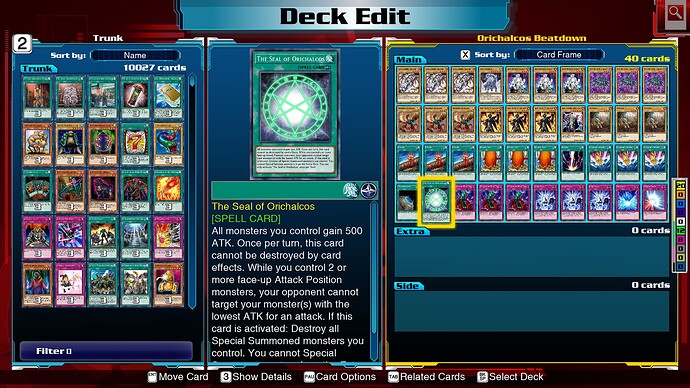 Also just checked, Master Duel also allows for its activation and the text doesn’t say (if any)

Thank you for making a bug report!

Master Duel, just like Legacy of the Duelist (Link Evolution included) also uses the OCG rulings for Seal of Orichalcos. Its an OCG centered game. As such it uses OCG rulings and OCG card text, even if it shows the TCG card text (its a translation thing).

Regardless, in the TCG, you must be able to perform a mandatory action in order to activate a spell card. You can refer to Yu-Gi-Oh! TCG Product Errors to see what the text would need to say in order for the card to function similar to how it does in the OCG. The card needs to state “if any” in order for it to be able to be activated without applying its effect to the field. As such, as it is written, you must destroy at least 1 card on the field that was special summoned in order to successfully activate The Seal of Orichalcos.

As described, this is functioning as intended.

Once again, thank you for making a bug report. If you have any other questions please feel free to reach out on the Duelist Unite Discord Server in the #rulings channel.

Thank you for the response. I do understand but this just seems like a bad translation and not the intended change of effects.

The other part of the bug still stands, when it is activated, the field doesn’t display its artwork.