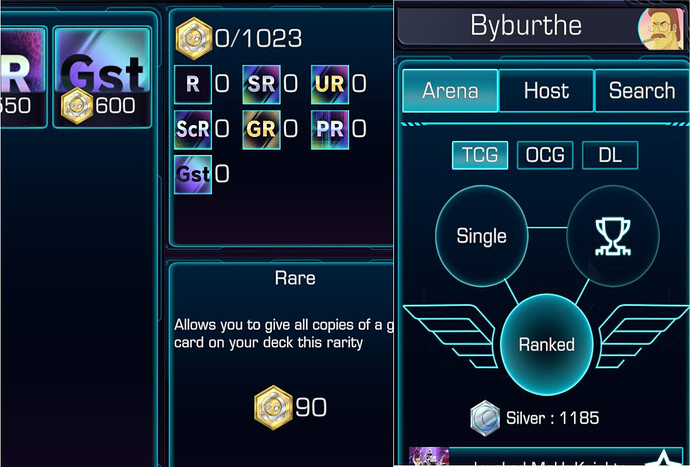 bug currency1316×892 222 KB
4. Expected behavior
Welp I think I was supposed to receive some of the currency for card rarities when I ranked up and didnt get any, as shown in the picture above, side by side, a screenshot of my rating in menus and a screenshot of my current DP. Didnt manage to be quick enough to take a pic when the match start and it shows all 3 rating cuz I have to use the windows screenshot tool and going windowed mode crashes the game so yea was wondering if that was normal or not?
Okkun February 25, 2021, 6:09pm #2

I’m having the same issue right now so I was wondering if you found any solution to this problem.

Also I’m pretty sure the system works for some people because I saw someone between 1150-1200 ranked points with upper rarity cards.