Screenshot 2: During my turn 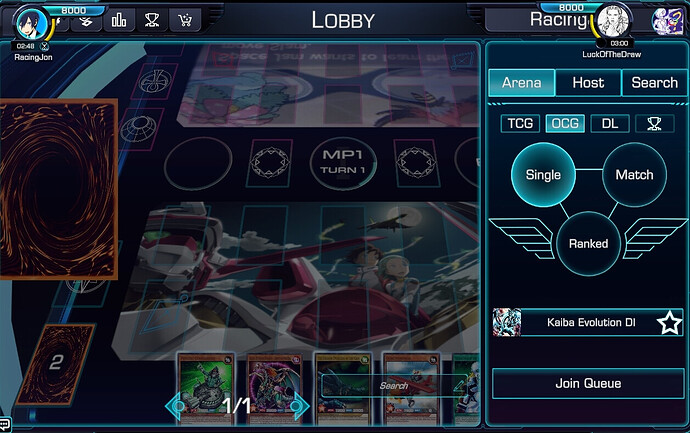 I was unable to get a screenshot during the waiting room (the one where I wait on my opponent as well as spectators) but the lobby screen was also in the background and it should not be there at all.