can you copy paste your replay code? You have https in it which makes no sense.

thats what I was given when I tried to export the replay is there something else i do?

Ok, I fixed your replay code. You added https:// incorrectly. You just had to click export and then paste.

I watched your replay. 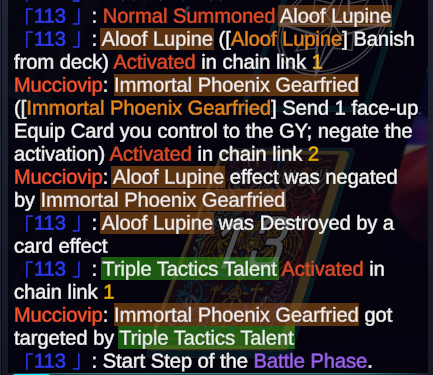 You realize that if you could just do an attack replay with Gearfried during damage step, you would be able to attack each monster your opponent controls and equip all of them in one battle phase? That is not how the card is intended to work.