Alternate formats provide a different way to play Yu-Gi-Oh, challenging players to think differently, changing their strategy and their builds. Over the years, fans have made their own formats. 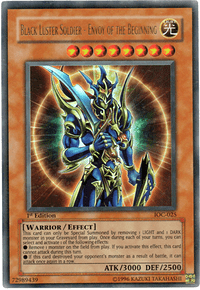 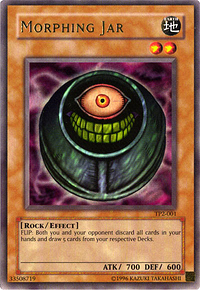 Goat Format is one of the most popular alternate formats. However, this isn’t really a fan-made format. It’s just a step back in time, to April 2005, even before Master Rules 1. This is an era before PSCT and before many of the current errata. The card rulings are also those that existed in the TCG during April 2005, even if those same interactions a month or two later, were found to be incorrect. Here, the card pool only consists of cards released up to that date. This means that a player is forever trapped in one point in time, with the same card pool and banlist forever. This format consists of several staple cards such as Scapegoat, Metamorphosis, Black Luster Soldier, and even the Holy Trinity (Pot of Greed, Graceful Charity, and Delinquent Duo). This may lead to high frequency of mirror matches due to many decks consisting of the same powerful cards. Nonetheless, this format is excellent at teaching a player the basics of “card advantage”, which in today’s format is essentially absent.

After Goat, other formats emerged such as Newgioh, ARG, or Highlander. Each mostly changed the banlist or the card pool, but didn’t change overall rules or mechanics. This article is not meant to discuss alternate formats or to rant about the game, but to give a brief history of the progress of why certain formats emerged and their inherent ideas or efforts to “balance” or “fix” the game.

As Yu-Gi-Oh grew, many new mechanics and new summoning methods emerged. Some players however, did not want to play with these new summoning methods and hence, continued to host duels, banning Synchros, Xyz, Pendulums, Links, etc. Konami even introduced Generation Banlists to address this and Duel Links. However, this led to a dominance of Fusion and Ritual archetypes that were also very powerful with new cards. Even banning those, led to formats like Monarch or True King or Anti-Meta. Thus, it wasn’t enough to just ban entire Summon types but one had to limit the card pool as well. Then spawned Duel Links - a game with a limited card pool that is a simplified version of the real game. However, by excluding entire card archetypes from the card pool, players have less cards to build their decks which makes the game less fun. Then, came the Trinity format. This format went a step further. In an effort to slow down the game and prevent the flood of special summons, this format put a hard fixed rule of 3 Summons max per turn for Effect Monsters. Here, Summons mean Normal/Set and Special, not Flip Summon. In addition, it put rules on the number of copies allowed in a deck based on its limitations. The idea came from Summon restriction cards like Summon Limit, And the Band Played On, etc. In addition, Trinity changed the minimum deck size to 30 and for every 5 cards above, they allowed a card to be added from the banlist.

The issue with putting summon limits is that it kills entire combos and engines of certain decks, which would defeat the purpose of using those decks. That is, when drawing a card in Yu-Gi-Oh, one can usually activate it immediately. This creates a factor of surprise or suspense because one card can turn things around. Hence, if we limit the number of cards that can be summoned or activated, it destroys that suspense. In addition, limiting only summons creates a bias towards monsters. It does not address decks like Paleozoic, Mystic Mine, or Chain Burn which would have few to none monsters. That is, one should limit activations and summons to balance monsters, spells, and traps.

Summoning Sickness was another concept in MTG where a monster could not attack on the turn it was Summoned. This significantly slowed the game down. In fact, during the Battle City arc of Yu-Gi-Oh, Special Summoned monsters could not attack on the turn they were summoned. This was an idea that may be revisited later. Implementing Summoning Sickness takes away the surprise factor of Yu-Gi-Oh. When a Player turns things around, they can immediately attack on the same turn, which makes things more exciting than to wait a turn. In addition, there are monsters that activate their effects during the turn they are Summoned which would be useless if they can’t attack on that turn. 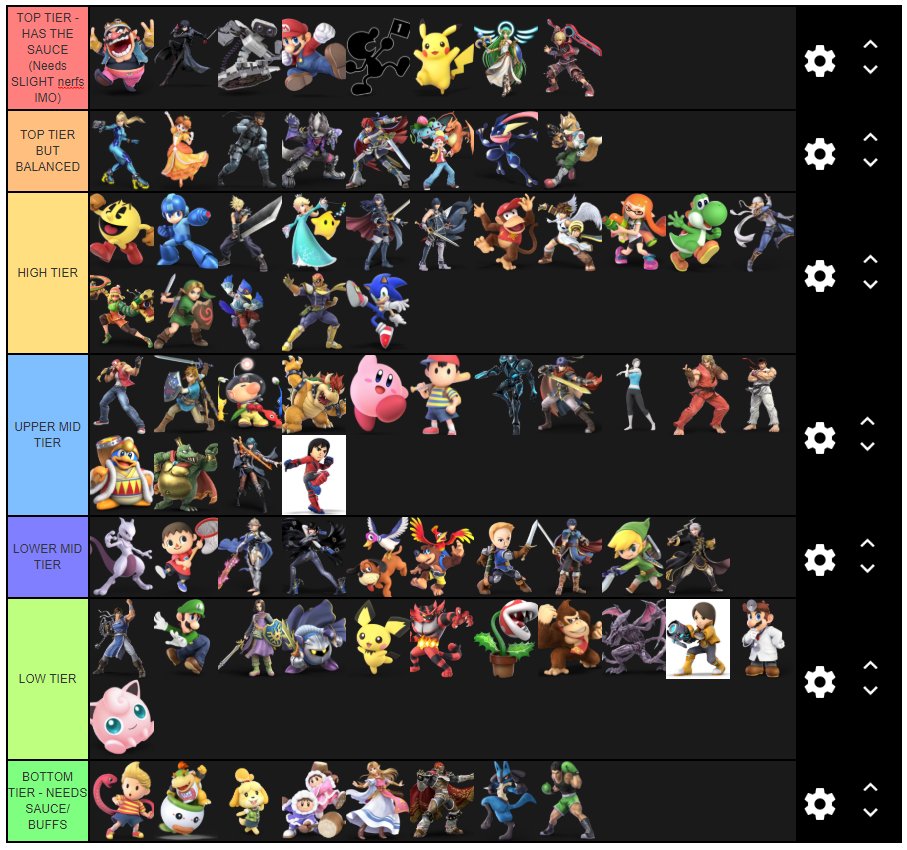 Let’s face it - no matter the format, a game will always have a meta, decks that tend to win more often than others. The purpose of a good game is to create a variety of different strategies and choices that one can use to reach the top. That is, there shouldn’t just be 1 meta deck but several. If we look at fighting games such as Super Smash Bros. , the meta consists of a multitude of various characters, all of which more or less, have the same number of moves. Looking at the tier list above, there are multiple characters at the top. The famous player, MKLeo, in fact, won several tournaments, not using the same character each time. As the format changes, players adapt and new meta decks emerge.

One of the primary issues that the current Yu-Gi-Oh format faces, is the first-turn board. During the first turn, a player can create a board such that the second turn player is unable to play or counter, ending the entire duel. This is basically the new “FTK”. The first turn board can include a board of 3 solemn judgments and effect monsters that can negate almost anything.

The idea and fun of Yu-Gi-Oh is that it really doesn’t have any resource system. If we compare to another very popular trading card game, Magic the Gathering (MTG), it is very different. MTG is the pioneer of trading card games and they even hold patents for certain mechanics that are used in Yu-Gi-Oh today. In MTG, every card has a cost, this includes monsters and spells. The cost is in the form of “Lands”. Each turn, a player activates 1 Land. This limits the number of cards that can be played during each turn and adds another layer of strategy since a player has to play wisely to use their resources. However, MTG has its own issues. The Lands are part of their main deck and hence, in order to have a chance to draw Lands in the first turn, the recommended ratio of Lands is 20:60. This means more than a third of a deck are cards that are just Lands!

Here, we introduce a new format, called Enki (遅延) meaning “delay” in Japanese. While taking some ideas from MTG, we shall try to find a way to slow down the game of Yu-Gi-Oh, without preventing players from activating or summoning cards, that would otherwise kill combos and entire engines of decks. We shall also not touch the banlist or any rules in terms of what cards are allowed in a deck. That’s Konami’s job. Generally speaking, one can use the same decks that are already being used in the TCG or OCG. Enki simply consists of three changes:

You may wonder - “Doesn’t that allow a Player to recycle cards sent back to the Deck?”. The cards are sent back at the start of each Phase. Hence, in order to recycle a card, it has to be done between phases. Essentially, the probability of redrawing the same card sent back to the Deck and using it again, has to occur in Main Phase 2. The chance of this is less. The benefits still outweigh the costs.

Note also that at the start of each Player’s Phase, both players must return extra cards on the field back to the deck. This means if an opponent summoned monsters during your turn like, they would also not be able to bypass or abuse the card limit.

Also, the reason it’s start and not end of the phase is, so that if a card effect that activates at the end of the phase will, still do so before sending extra cards back to the deck. In addition, any card effect that occurs also at the start of the phase always occurs before and sending extra cards back to the deck always occurs last. This is not like selecting the chain order because sending extra cards to the deck doesn’t start a chain. Example, if Strike Ninja leaves the field at the start of the Phase. It is no longer on the field and so will not be counted as an extra card that exceeds the card limit. When Strike Ninja returns to the field at the end of the Phase, then it will be counted if the cards on field exceed the current limit for that turn. So Strike Ninja can’t really dodge or protect itself from Enki’s condition.

Thus, the duel starts out slow and then speeds up, effectively delaying the duel. Hence, the name, Enki. After about 8 turns, the duel is essentially back to normal as today. The difference is that the opponent had a chance to survive the first turn. This stops the first-turn board lock and creates opportunities for a back-and-forth.

YGO Omega will be the first simulator to have Enki Duel as an option in the game itself. One can still choose their banlist, card pool, Master Rule, starting LP, starting hand, Draw per turn, etc. The Duel Rule of Enki Duel is just another layer on top that will not affect any other mechanics or rules.

Sounds Interesting I might try it out in the future.

I’m always open to trying out new formats and this one does sound interesting. However, I fail to see how these rules actually slow down the game. This format seems to be addressing the issue of first turn “break my board” style decks. There seems to be nothing stopping people from FTKing or handlooping or using cards like Zexal or VFD to win on turn 1 or make their opponent not able to play on turn 1 and then OTK with Borrelsword + a monster for example (although the amount of possible OTKs are reduced). I would be interested in hearing what other people have to say.

@keineahnungking I understand your point, however, the purpose of this format is to “delay” the duel not stop an FTK. The number of cards on the field allowed, increase every 2 turns. The duel is essentially normal hence by turn 5 and you won’t notice a difference.

You can still do FTKs in MP1. The intention of this format isn’t to stop an FTK. That is up to the banlist and Konami to figure out and find cards that can be exploited for that. I didn’t touch the banlist. I do not want to restrict individual cards or prevent combos of decks which are at the core of their engine. Hence, I only allowed the 2nd turn player to be able to have an opportunity to make a come back.

That is, yes, I am primarily addressing the issue of the “first turn board”. The probability of an FTK has not changed with or without Enki. The probability is the same. Things like an FTK, should be addressed with a banlist such as limiting Blaze Fenix for example.