Duelists of the Roses

Those that don’t know anything about DOR, it’s basically Chess + Yu-Gi-Oh. Instead of a 2x5 field on each Player’s side like in TCG/OCG, in DOR, it’s a 7x7 field that looks like this: 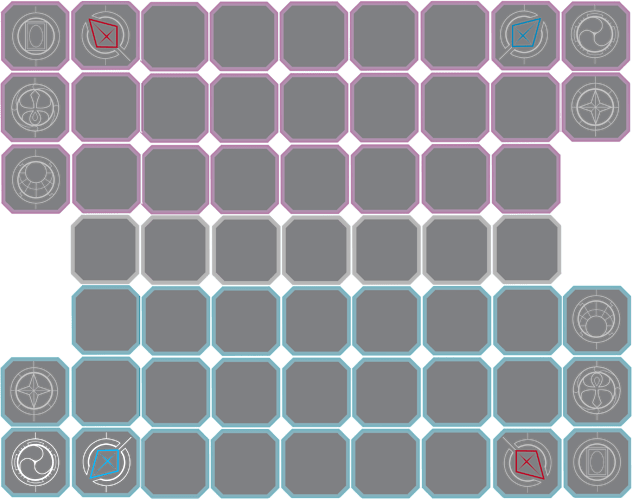 Classic Format Rules (Can be Generation DM/GX or without post GX-era cards):

Modern Format (Includes all the latest cards and Master Rules):