The settings I used for the game. Should be the default DL settings except with max turn timer count. 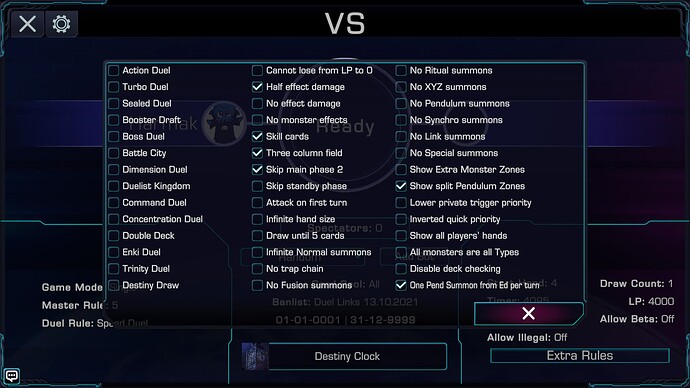 The description of the bugged skill card I am using. 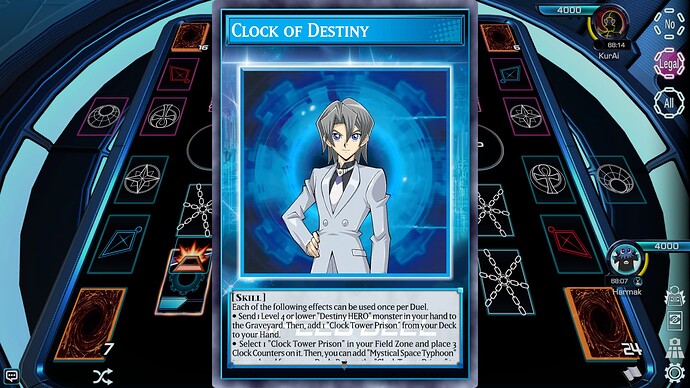 After I activate the skill I discard a level 4 Destiny HERO. Which hero doesn’t seem to matter. 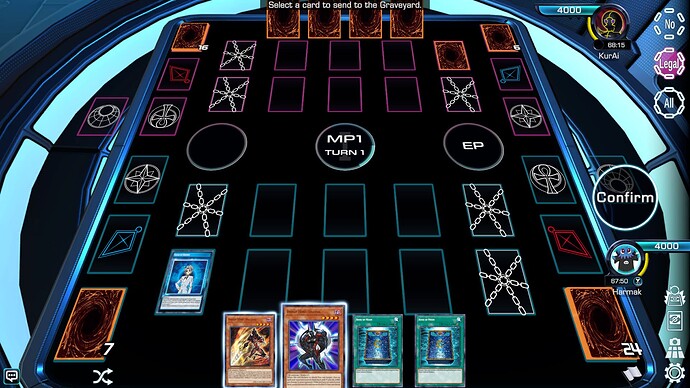 After this it gives me the option to select the Clock Tower Prison to add to my hand. 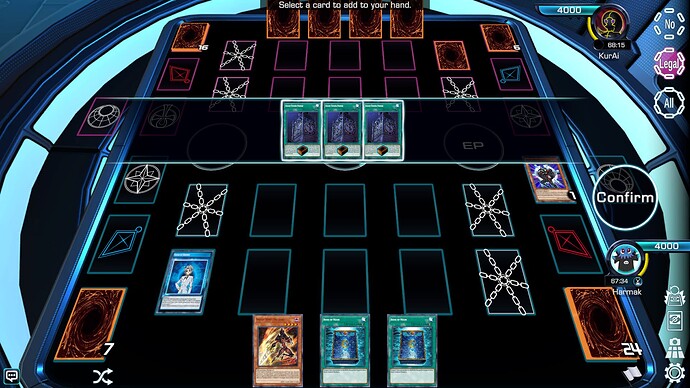 If I just try clicking confirm it tells me I must select 1. 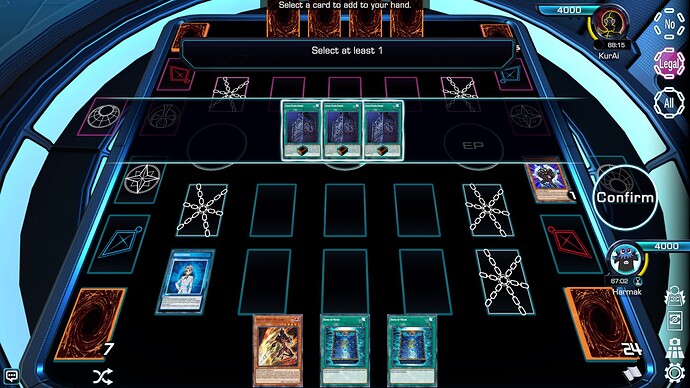 After I select one of the Clock Tower Prisons, the skill ends and it doesn’t add the card to hand. As you can see the skill has activated from the face up skill card and the celestial is still in the grave from being discarded by the skill. 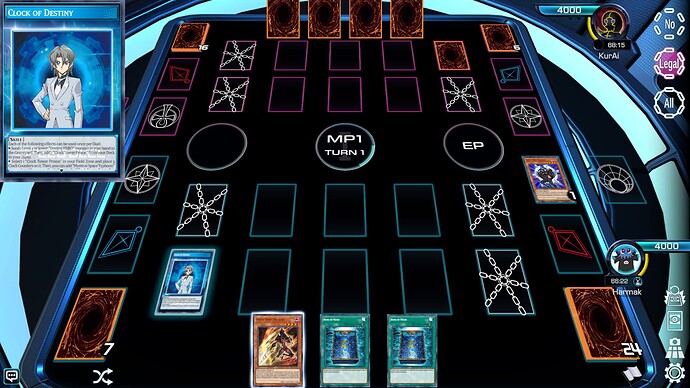 The following is the decklist I am using. All the monster cards in the main deck are Destiny HEROs or Elemental HEROs like the skill specifies and the skill states its requirement does not include the extra deck hence those non HERO monsters. 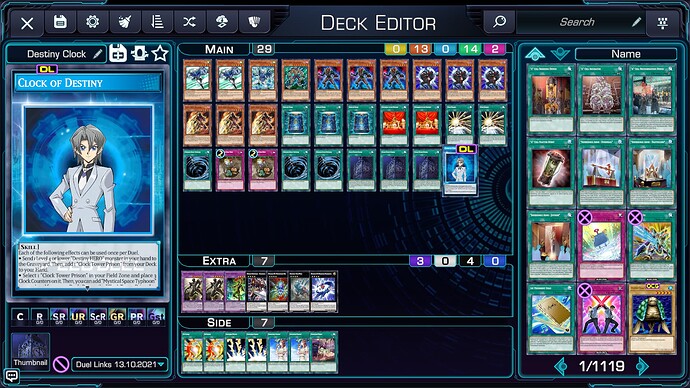 I theorized that perhaps the clause in the skill description “(Extra Deck is not included.)” was not accounted for in the scripting. I tried removing the non HERO cards from my extra deck but it led to the same outcome.